The Beauty and Cold of Winter Hangs On 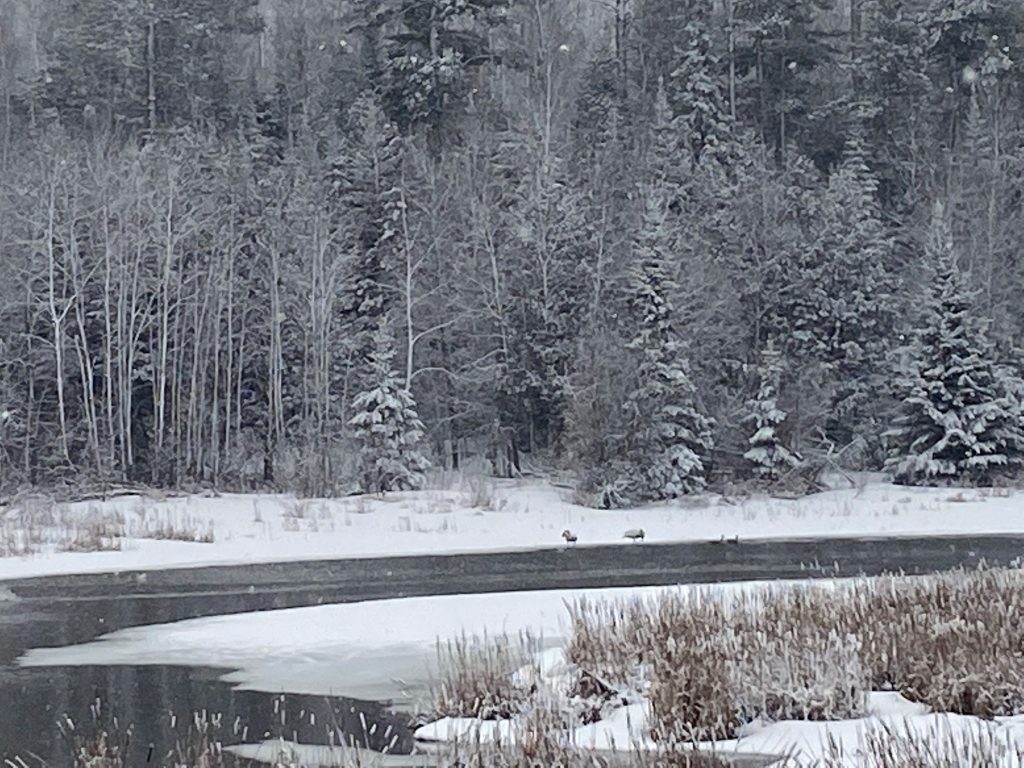 The Beauty and Cold of Winter Hangs On

It feels like Winter used to feel like in the Northwoods when it would hang about in Ely waiting in the wings, waiting to catch us off guard. We have climbed up and over 50 degrees multiple days and even multiple days in a row since late in February. However, Winter is still with us and the pictures I took earlier this morning tell you all you need to know.

The calendar might say that it is Spring, but the weeks still bring nights below freezing and at least two days of the white stuff that has begun to feel like a house guest that has overstayed their welcome and long ago ceased to bear gifts to placate our nervous energy about when they will be leaving.

The snow is of course, beautiful. It is always unexpected, even though we follow the forecast. The snow is also very welcome as it raises the water table and helps us overcome the lingering drought that the last four years have left us. We don’t want the threat of fire that loomed in the Boundary Waters and the Superior National Forest most of the paddling season last year and indeed materialized both up in Canada and on our side of the border. We’ve had enough of the rampant haze and smoke that clouded our summer and frazzled the nerves in a different way. Snow is good. Moisture is good.

It has been Winter since later in October, though and being used to change in Minnesota, we are ready for some change. Half the year is a big deal. Since the lake waters were hard enough to walk on, there have only been a few nights above freezing when we weren’t making ice. As a result, on April 10th, yesterday, many local lakes still measured three feet of thick hard ice.

The next ten days look to be in the thirties except for one or two and the nights are all expected to be below freezing with the exception of one that only climbs up to 33 degrees. This whole working week is projected to welcome either snow or “Wintery mix.”

It is a place for the hearty and every year some of the heartiest of our friends return early. For a few weeks now the geese and waterfowl and our relatively new friends, the swans have shifted their feet and stood around on ice waiting for open water. The soft edges and slow turns of our rivers have opened with the swift and sure currents. They are sharing these spaces and if anything else could be more beautiful than a freshly fallen snow, it should be the graceful swans.

The growing but fleeting strength of the morning sun was peaking through the heavy clouds just enough to splash a net of sparkling diamonds across the corner of my frame. Mirrored across the shoreline, the bevy or bank of swans stacked up the edge of the riverbank. Off to their left a pair marked their space on the opposite bank, perhaps giving way to a pair of Canadian Geese that ultimately took flight as I snapped off some shots.

It was a good start to the week. It was a change and I guess that’s all I really wanted to see. Not more of the same. We’ll stop walking on water and begin paddling on it soon enough. Soon enough these beautiful birds will take flight and we will take their place on the water, with sunlight until the ten o’clock hour.

Thank you for a very well written and enchanting description of my favorite place on this earth.

Robert you are most welcome. I’m glad you enjoyed it.